Titanic Aftermath is a stage play in 3 acts. 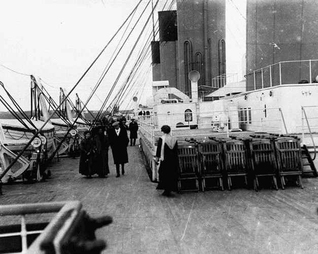 Titanic Boat Deck
Michael Wehrli has been a theater professional since 1990 as a  playwright, director, teacher, actor, producer and theater adiminstrator.  He has a BFA in Acting & Directing from Texas Christian University.  Since 1994 Michael has been the Artistic and Education director for New Moon Productions Theater Company (NMP).

Michael's fascination with the Titanic began at the age of 12 when he read Walter Lord's A Night to Remember for the first time.  He was immediately swept away by the moving and epic story and it  left a deep impression.  From then on, from time to time throughout his life, he has continued to delve into the stories of the Titanic disaster.

As a playwright, he has written or adapted dozens of full length plays (all of which have been produced) and hundreds short plays and scenes for students.  Some of his favorite full length scripts are Titanic Aftermath, Found Lives (based on the real life stories of Schizophrenia sufferers), A Christmas Chaos,  Dracula, Houston We Have A Problem, Never Trust A Penguin, We Open Tomorrow Night?! , Law and Disorder, and hundreds of scripts & plays for youth audiences.

Michael’s directing credits include hundreds of plays in many venues in Portland Oregon, Dallas/Fort Worth area, and Frankfurt Germany, and many more in educational theater.  As an actor, he performed on many stages in Dallas/Fort Worth, Frankfurt, and Portland.  His favorite roles include Hamlet in Hamlet, The Third Man in Baltimore Waltz, Iago in Othello, Stafford in Sisterly Feelings, Scarecrow in Wizard of Oz, and Benedick in Much Ado About Nothing. 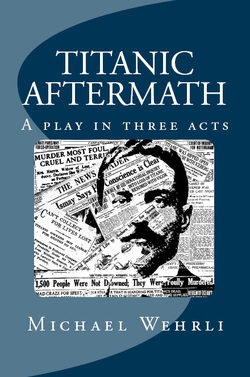